Some words on this new record 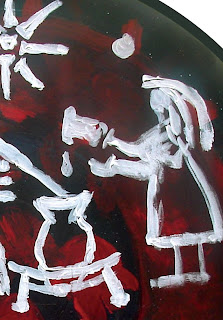 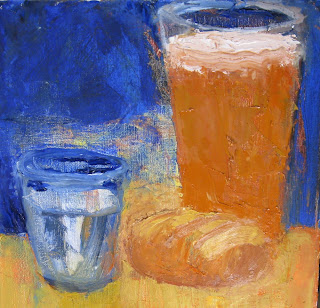 Posted by Minkough at 6:33 PM No comments: 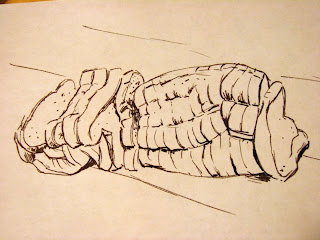 The 1990s St. Louis folk rock band Eleanor Roosevelt will have a reunion weekend and release a new record, Water Bread & Beer, with gigs on both sides of the Mississippi River, December 7 and 8.  Hear a couple Water Bread and Beer songs using that thing in the upper right of this blog.

The record release party proper will be a house concert  Friday, December 7 in Olivette, MO with Fred Friction opening. The $10 admission includes a copy of the new CD Water Bread & Beer. Doors are at 7 p.m. and the music at 8 p.m.; bring your own drinks. Seating is limited. For reservations and directions, contact David Melson via email: melsond@gmail.com.

Then Eleanor Roosevelt performs 10 p.m. Saturday, December 8 at Jacobsmeyers, a musician-owned brewpub-to-be in Granite City, IL, with Dana Michael Anderson closing the night. This show is free. Jacobsmeyers Tavern (618-876-8219) is located at 2401 Edwards Street in Granite City, Illinois, within sight of the scenic working steel mills. Eleanor Roosevelt will start right at 10 p.m., with Dana following at 11:30 p.m. and going as long as it feels good.

The band Eleanor Roosevelt evolved from Enormous Richard, which along with Uncle Tupelo, Chicken Truck and others pioneered St. Louis’ alternative country scene in the late 1980s and early 1990s. Enormous Richard toured the country with a manic, goofy stage show; when the band began to focus more on songwriting and less on stage antics, they changed band names to reflect that, keeping the “E.R.” acronym.

As Eleanor Roosevelt, the band had it widest national exposure on recordings, with songs on early volumes of Bloodshot Records’ Hellbent series and East Side Digital’s Lyrics by Ernest Noyes Brookings. The band also relesed a 7”, Head in a Hummingbird’s Nest, on Faye Records and scored a feature film, Dan Mirvish’s Omaha: The Movie. “Head in a Hummingbird’s Nest” later appeared on Snow Globe Record’s compilation of lost bands from the ‘90s, Tiny Idols. The band recorded two albums of material in the 1990s before effectively disbanding, though they would not self-release them until the new century: Walker with his head down (recorded 1993, releaed 2007) and Crumbling in the rain (recorded 1995, released 2005).

The band’s next evolutions would be from Eleanor Roosevelt to Three Fried Men and finally to Poetry Scores, a non-profit arts organization that translates poetry into other media and has bases of operation in St. Louis, Los Angeles, Istanbul and Hilo, Hawaii. Water Bread & Beer came together as the Poetry Scores model was emerging; it was recorded in many American states in the late 1990s while the musicians in the band were on the road recording poets and setting poetry to music, which resulted in the first Poetry Scores project, Crossing America by Leo Connellan (2003).

Water Bread & Beer does include several song settings of borrowed texts: a poem by Spanish poet Federico Garcia Lorca, a Jewish children’s song to summon rain from Morocco, a Peruvian worker’s chant and a fragment from the Amos Tutuola novel My Life in the Bush of Ghosts. But for most of the record, the band returned to its roots of working with the lyrics of front man Chris King, who sings about falling in love with a girl in a wheelchair, finding himself surrounded by “strangers and dangers,” walking the mean streets of James Brown Boulevard and nourishing himself with the traditional African cold remedy of pepper soup and local honey.

ITUNES
EMUSIC
AMAZON
We began making this record in 1995 and finished making it in 2012. We like it.
Here's all the artwork and credits for the cd.

Songs from "Water, Bread, and Beer"

Before we were Eleanor Roosevelt we were Enormous Richard. Click on skunk to read about that.